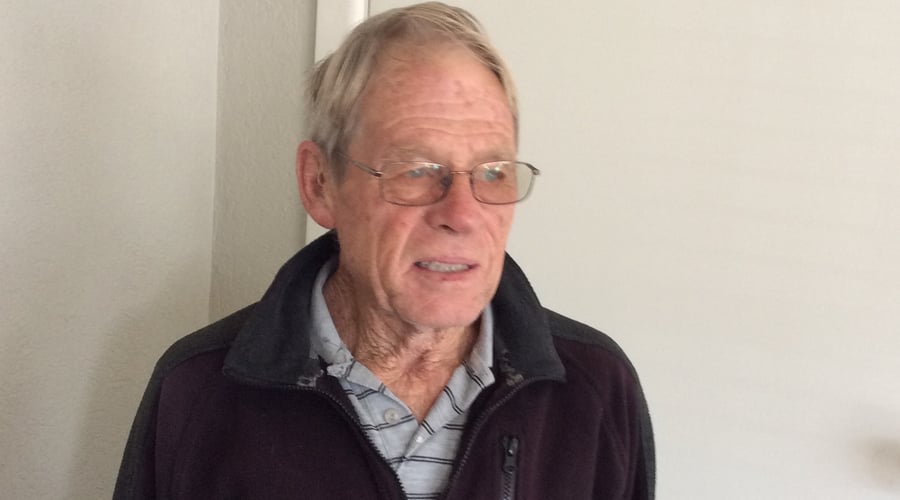 Starting sailing as an 8 year old in a New Zealand Moth.  He sailed his  Scow off his parents place at 13th Avenue, with his brother.  They use to sail across to Maungatapu and out to Matakana Island.  To do this they would have to tip the boats over to go under the Matapihi railway bridge and Peter was known to have hooked the bridge with his mast more than once.

By the time he was 17, he and went surfing and skiing as the family moved away from Tauranga.

He returned to Tauranga in 1976 and in the early 80’s bought a Bonito Aquarius called Candela.

He joined the Tauranga Yacht Club and started off his contributions to the club that included Chairman of the Trailer Yacht Division, Keeler Division, Handicap committee and on the General committee as far as Rear Commodore

He bought Lynx in 1993, a Spencer 35 and many coastal and Harbour races on this boat.  This included short handed up the coast with Christine joining on up the coast for holidays.

To complete one of his boyhood dreams he sailed Lynx around the North Island with his mate John.  Lynx is also responsible for the 10W trophy, after he notoriously left a piece of his spinnaker on it.

In 2015, Lynx was sold and he purchased Whistler.  A Warwick 10.7 that has continued to raced regularly; especially coastal sailing shorthanded.   Recently he helped Ray Findlay sail La Rochelle up to Fiji and 3 months later helped sail it back to NZ.

Preparing Results for the Keelboat division has also become his passion. For at least the last decade or so he has been assisting and preparing results and often spends many hours trying to reconcile the different finish times supplied by the skippers for a weekend race (or more lately the Winter series A Buoy finishes !!)

He has also been an Auckland to Tauranga race sponsor by not only supplying the Yellow Sto buckets that we all have but also helping to fill them up .

More importantly Peter, as a plasterer and painter has always been involve in Club Maintenance and has painted most of the club more than once.

He has volunteered huge amounts of time to club house maintenance and in particular just this year has just finished painting the exterior of the Clubhouse all by himself.

I would like to Nominate Peter Decke for Life Membership to the TYPBC.