The handicap winners results for the years prior to World War II are taken from the Gold Cup.

The 1921 Race started at 7.30pm on Christmas Eve. It was started by the RNZYS at Kings Wharf and finished at the Mount. The Race was won by Waione (CF McWilliam) with the Tercels sailing Restless coming second. In this Race one of the yachts had carrier pigeons sent from Tauranga with progress reports!.

In 1922 the Tercel brothers, again sailing Restless, won the Race and the "Tauranga Gold Cup". In 1923 Restless finished third. By this time the Auckland to Tauranga Ocean Race was established as a major yacht race.

In 1929 the Race was won on line and handicap by Wairiki (S. Speight). The programme noted the Race was for keelers and mullet boats. Wairiki took line again in 1930 under the ownership of D. Macky.

In 1931 Clark and Wilson sailed Naiad (Naird or Ngairo appears on the Cup), the first of Lou Tercel’s boats to victory in Race. Naiad won the Race one more time in 1949.

It must be noted that in 1939, Line honours and 3rd on handicap went to the mighty Ranger and the Tercels. It is fitting that current owner Ian Cook, will be racing Ranger against the modern yachts in this year’s centenary race.

The first Race sailed after World War II recorded in Club records was in 1948 when the prizes were “suitably decorated pennants”. The Finish was off Coronation Pier. The Gold Cup however records winners from 1944 to 1949. These are: 1944 Speedwell (W. Paterson); 1945 Vanitie (M. Georgettie); 1946 Whakanui (J. Cook); 1947 Mandalay (W. A. Wilkinson); 1948 Vanitie (C. Morris); 1949 Naiad (J. Moulden). It is unclear as to whether these winners were for the Auckland Tauranga Race but the appearance of some of the pre-war entrants would suggest that they were.

Club records show further races in 1952, 1953 and 1954 after which the Race was discontinued due to lack of support. The Race was sailed again in December 1957. The entry fee was one pound. The next Races would seem to be in 1965 and 1966, the latter with only four entries. TYPBC records show that there was a Race in 1970 sailed at Christmas as part of a junior offshore group (JOG) rally. This race was won by Noel Angus on the One Tonner Mustang which set a race record of 16 hours in doing so.

Records show the Race was cancelled in 1977 due to lack of interest. In 1983 the Race was revived with the sponsorship of Malcolm Fowler Motors and the timing moved to Easter. A separate article has been written about this Race. Since then the Auckland to Tauranga Race has been sailed every year with two exceptions. These were in 2001 due to forecast gale force north-easterly winds and again in 2013 when a combination of strong south easterlies and debris from the wreck of the Rena on Astrolabe Reef created a risk of damage to entrants.

Based on the above up to and including the 2011 event the Race has been competed for in all probability on at least 55 occasions.

Much of the above material was gleaned from “The History of the Tauranga Yacht and Power Boat Club” edited by Marion Smith. Further material was taken from the book “Southern Breeze: A History of Yachting in New Zealand” p126. Tauranga Yacht and Power Boat Club would be delighted to hear from anyone who can assist with filling in more detail about the Race. You can contact the Club by telephoning 07 578 5512 or by email at office@yacht.org.nz . 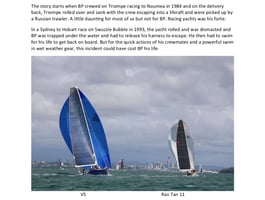 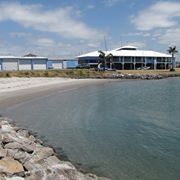 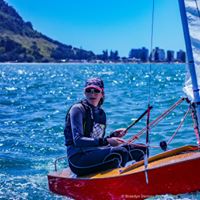 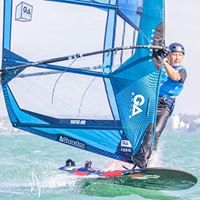 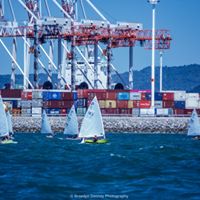 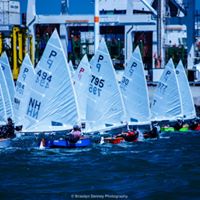 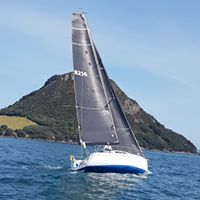 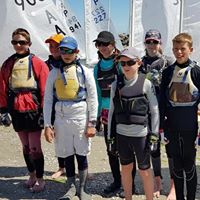